The historical parade in Venice

When the queen of Cyprus, Catherine Cornaro, succeeded her husband James of Lusignan in 1489, she bestowed the rich and fertile island upon the Repubblica Serenissima that welcome her with full honours and proclaimed her the “Favourite daughter of Venice”.

Then a second group marches past: eight noblemen, each carrying one of the flags of St. Mark’s used in processions and “cortèges” since 1177 when Pope Alexander III gave them to Venice as a sign of its acknowledged power and authority. The ten Senators of the Serenissima Signoria and a page carrying the Serenissimo Doge’s unofficial hat upon a red velvet cushion come next and precede the Doge himself, wearing a tunic with an ample red and gold cloak and the historic “Corno ducale” (a ceremonial headdress). Two foot-men follow him carrying his mantle and rapier holder. Four oriental ambassadors (Syrian, Persian, Egyptian and Turkish) and eight handmaidens escort Catherine Cornaro, Queen of Cyprus, who sits on a sedan-chair held up by eight Moorish slaves. The Cyprian delegation of six men march alongside the sovereign who willingly gave up her reign.

The procession ends with a “Capitano de Mar” (Captain of the sea) commanding a platoon of armed  Schiavoni” (Sclavonians).

for the Regatta of the AncientMaritime Republics challenge 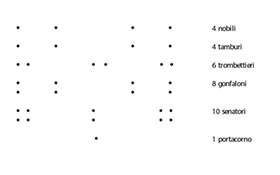 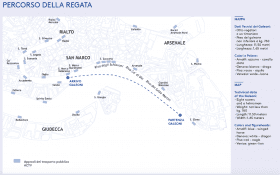 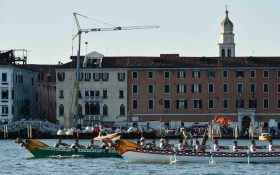 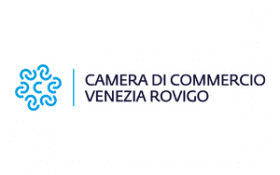 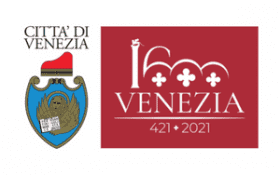